I first met Dean in February of 1993. Claire and I drove her 72 Beetle into the mountains, passing over a bridge that looked like you would just crash into the cliff at the end of it. We kept driving around the mountain and up the hill, where I met Tyler, his dog, for the first time.

Dean once told me - “They say when you learn things, that you get wrinkles in your brain. That dog’s brain is completely smooth.” But man, he loved that dog, and that dog was a force of nature unto himself. And when Tyler died, Dean grieved for a great long while until he got Tyla (his last dog, and the one Van and Katherine will take care of from now on).

It was snowing, and we parked, and I got up enough courage to face Cerberus aka Tyler and see Dean’s cabin for the first time. 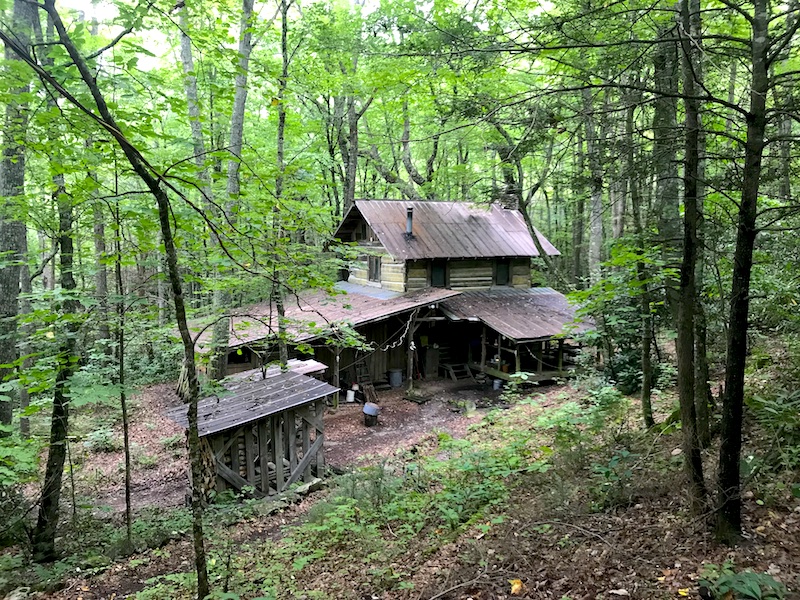 Dean’s cabin is like something out of a movie set. Built 200-some-odd years ago, and situated in a little hollow in the mountain beside a stream and a little down the hill from a meadow. There’s a gazebo in the meadow, along with a fenced-in garden. There’s a lumber shed along one side, and a garden shed, where the walls are made from windows he reclaimed when Claire and I renovated our house in Charlotte and got new ones. 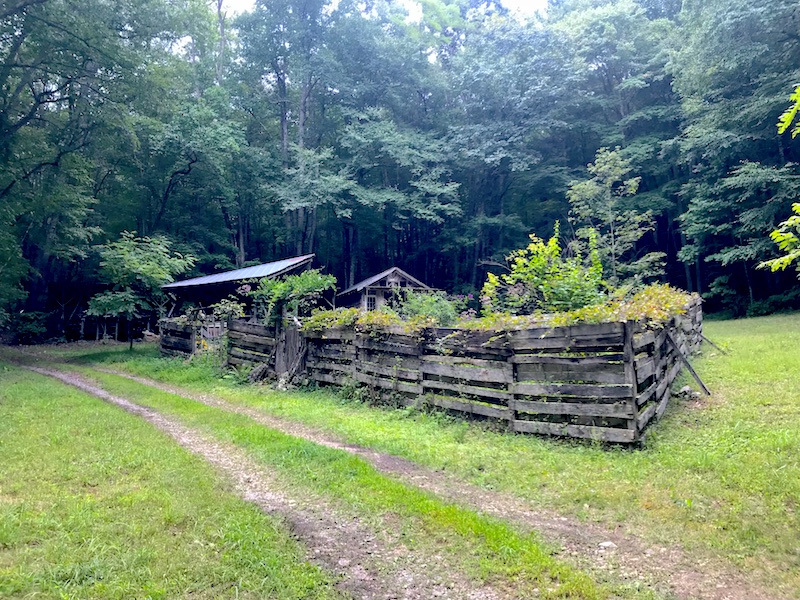 Where I parked the night I met him, there was just the top of a hill. Now there’s a two-story garage he built with his own hands using the wood he got from the old Arnold barn after it fell down. He built it all by himself. I helped a little bit. I would help him get the foundations laid, mixing concrete and setting stones. He taught me how to use a water level, and how to square things up over long distances. I would help him do the things you need 2 people for. He did absolutely everything else. 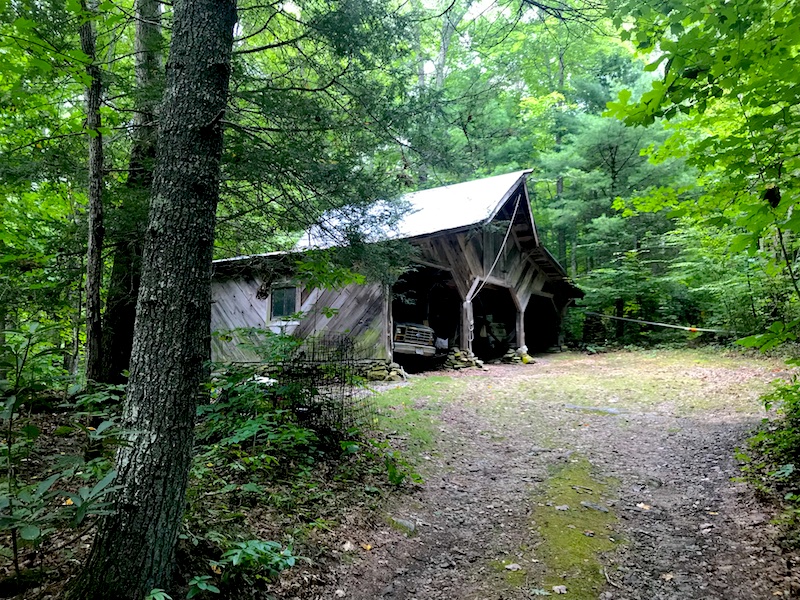 Dean loved his mountain and would do anything to protect it. He worked for Sierra Club for a while and led Cherokee Forest Voices, a non-profit that works to protect the wilderness areas of the Cherokee National Forest. He met Catherine Murray, his long-time parter, at a Sierra Club meeting. And together they have worked tirelessly to ensure the survival of the forest.

More than twenty years ago, Dean sold part of his land and the house on it to Van and Katherine Miller. That became Horsehead Manor. Dean and Katherine had been friends for many years, and it made sense for them to take on the house across the creek. 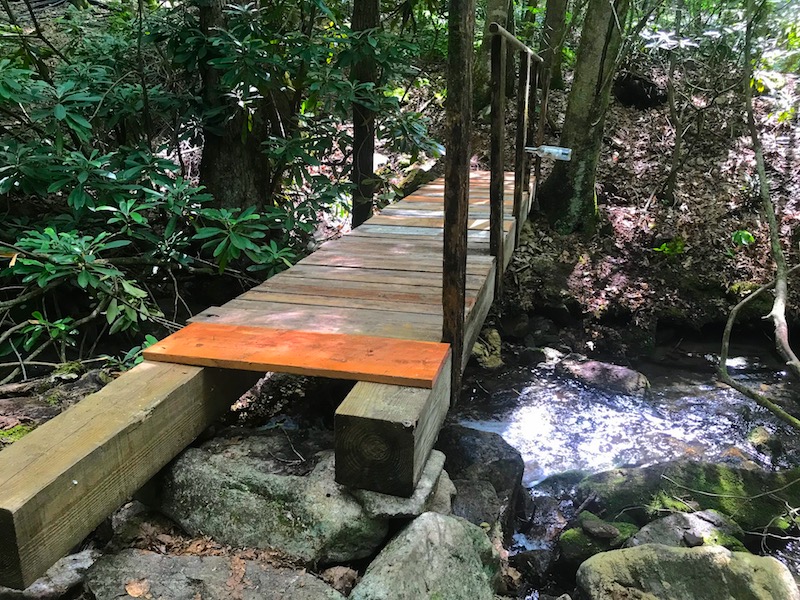 So great was their friendship, that in his last days, Van and Katherine offered their home to Dean so he could keep his mobility on a single level, and stay on his mountain until the end. I am grateful beyond words for the love and care that Claire, Katherine Miller and Catherine Murray showed to Dean as he died. Thanks to their efforts, he was able to stay on his mountain until his very last breath. He died yesterday, the first of September, 2018. He died with dignity in his sleep surrounded by people that love him.

I’ve known Dean for more than half my life - almost as long as I’ve known Claire. Crazily enough, Dean and my stepfather, Terry Loughlin, worked together in theatre, film and tv back in the early 80s. It’s entirely likely that Claire and I met each other during one of those summers I spent in Charlotte, though neither of us remember it. Something I will never forget is how much his friendship and guidance have helped shape me.

Dean was defined by his fierce independence, his self-reliance, his humor, his love of life, his love of nature, of his home, of his forest, of his friends, and of his family - both given and chosen. He has indelibly marked my own life, and the lives of everyone I know that knew him. 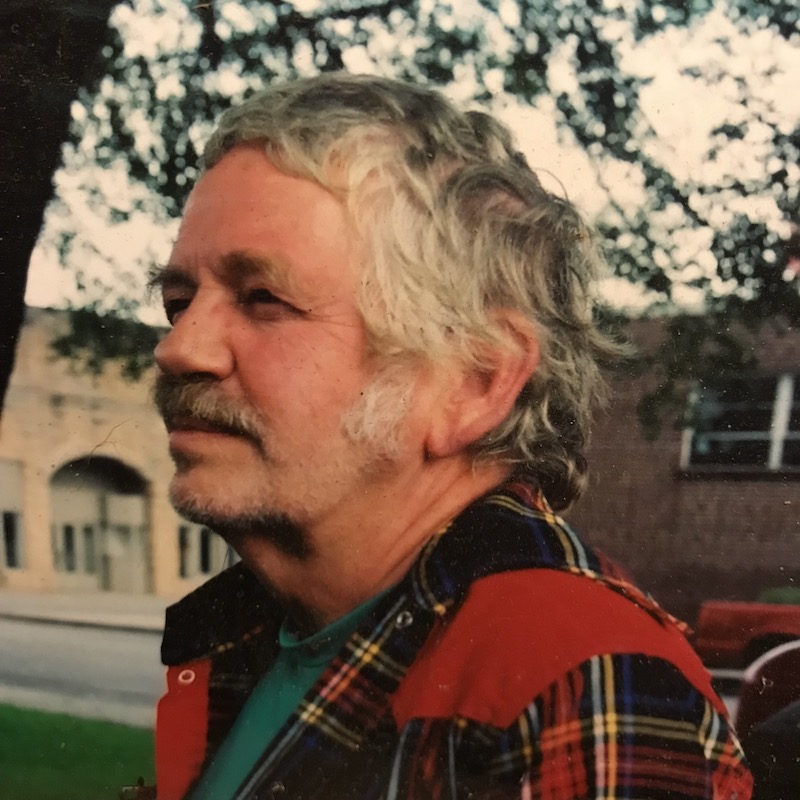